How important is social media to non-profits? Ask the Susan G. Komen for the Cure Foundation.

Last week, the popular breast cancer awareness group announced that it would no longer provide grants to Planned Parenthood. In the past, the Susan G Komen Foundation provided funding to Planned Parenthood to provide mammogram screenings for those in need. Due to a change in policy, based on an investigation into where donor dollars were making the largest impact, these grants would no longer be funded. With in hours of this announcement, Facebook and Twitter were alive with posts from people voicing their opinion on the matter. Within 72 hours the decision was reversed.

Let’s not focus on the politics at hand, but moreover, what can we learn from this situation? 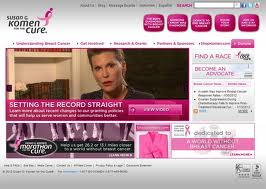 1. Never underestimate the power of the web. We are living in an age that has seen governments overthrown due to the organization efforts of people on Twitter. These days, information travels faster than the speed of sound. How are you using this to your advantage? Does your organization have an active presence on social media networks or is it more haphazard? People use social media every single day. Facebook, alone has over 800 million users and is projected to hit over a billion in August of this year. These are all people who can hear about the mission of your agency, but they can’t hear about it if you aren’t talking. Make sure that the message that is being published on social media sites on behalf of your organization is being controlled and constantly monitored to ensure that the message is clear and fosters a sense of community.

2. We are all connected. Do employees and volunteers understand how their activities on the web impact the mission of your agency? For example, what if an employee, let’s call him Sam, has your organization listed as their place of work and he comes home from a hard day and vents his frustration on Facebook. The next day, a donor, Jane, is looking for a new organization to donate her hard-earned dollars to, does a google search and finds your organization. On the side of your website there is a Facebook link. Jane clicks it only to find that her friend — Sam — works and your organization and is connected. Upon clicking on Sam’s profile, Jane sees what he has to say and thinks twice about making that donation. If your organization does not have a clear social media policy for employees, this situation could very likely happen.

3. The most important lesson for non-profits that can be taken away from last week’s news, is that transparency is the best policy. I know that Erik has stressed this before on the DonorDreams blog, and I can’t help but echo it again. The Susan G. Komen Foundation made a very difficult decision that they knew would probably anger some supporters. Where they made a mistake was in the messaging. They allowed people to make the issue a political one because they didn’t share all of the details behind why that action was necessary. Susan G. Komen Foundation had a number of resources at their disposal to share information and defuse the situation after the announcement was made. If they had reacted to their critics in real-time through social media as opposed to reacting through a produced video a day or so later, they might have controlled the situation a little better. How do you use social media to announce changes to your agency?

This hiccup in the timeline of The Susan G. Komen Foundation will sure come to the minds of future donors. However, what I find most interesting is to see how if they will embrace social media to help control the conversation and move the public forward.

In my upcoming “Mondays with Marissa” posts, I plan to focus on one social media site a month and how you can cultivate a community of supporters through it. To best serve our readers, I have created a quick survey to see what sites are being used and how. Please take a few moments to share your thoughts, by clicking on this link. Thank you!!