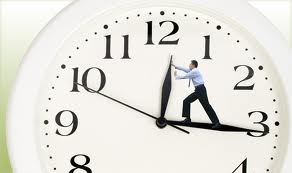 This week’s “Mondays with Marissa” post was titled “Non-Profit Time Management: Scheduling Social Media Updates“. After reading Marissa’s weekly pearl of wisdom, it got me thinking. During tough economic times, donors are asking non-profits to do more with less, which is leading to longer task lists for both executive directors and fundraising professionals. All of this contributes to a lot of stress in the workplace. In honor of Marissa’s awesome blog post, I am dedicating this week’s posts to the idea of looking more carefully at time-saving tips with regards to managing your agency and implementing your resource development program.

Let’s continue this conversation by looking at the difficult art of delegation.

It would be so simple to just say “delegate early and often” if you want to improve productivity at your non-profit organization; however, the truth of the matter is:  it is more complicated than that. 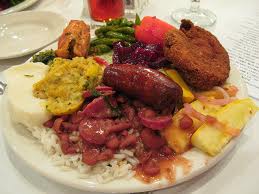 Let’s think this through for a moment. Donors are telling non-profits to do more with less. From what I’ve seen in the last four years, non-profit boards did not respond by rolling up their sleeves and investing more time in serious fundraising. Instead, many of the boards I know circled the wagons and tried to “cut-cut-cut” their way out of crisis.

In the final analysis, those non-profit organizations are stretched very thin now, and they’re trying to run their pre-2008 program with a skeleton staff.

So, an executive director or fundraising professional might not be able to delegate their way to increased productivity because everyone’s plate is heaped too full of work.

This, of course, doesn’t mean that delegation can’t be effective; however, it will need to be done with volunteers (e.g. board volunteers, program volunteers, fundraising volunteers).

All hands on deck! 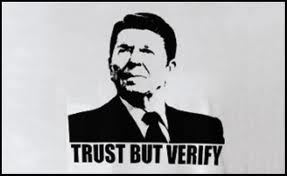 When I was an executive director, I learned that delegation is not a magic cure-all that made everything on my task list disappear. Unfortunately, I learned this the hard way.  🙁

For example, I would delegate a task to staff or volunteers and expect that it would get done on or before the agreed upon deadline. It never failed . . . the task would never get done on time and I usually ended up taking it back (while muttering under my breath something like “if you want it done right, you got to do it yourself“).

I really was wrong. In reality, I just didn’t know how to effectively delegate, and it wasn’t until someone share with me those immortal Ronald Reagan words — “Trust But Verify” — that I start getting better at delegation.

I learned to use my Microsoft Outlook task list to manage BOTH my tasks and the things I delegated. For example, if I delegated a grant compliance report to a staff person, then I would add it to Outlook with a digital reminder to check-in and see how things were going a few weeks before the deadline. I’d do the same thing with volunteers who agreed to do things for the agency.

Since opening my non-profit consulting practice, I’ve started using Basecamp, which is an online project management service to keep track of who is doing what and by when.

Have you used other tools other than Microsoft Outlook to track and manage things you’ve delegated to staff and volunteers? If so, please scroll down and share your best practice in the comment section of this blog. We can all learn from each other.