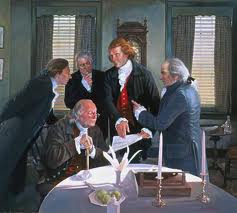 It has been said more than once on this blog as well as in many other places on the internet that non-profit organizations are challenged from an executive leadership perspective. Compensation packages are poor. Boards make bad choices. Evaluation is the exception rather than the rule. Succession planning is more talk than anything else. Let’s face it . . . today’s non-profit executive leadership picture is less than rosy.

However, tomorrow’s executive leadership picture is likely going to get much worse according to The Bridgespan Group who recently carried out a study on executive leadership issues focused on non-profits with revenues greater than $250,000. Click here to read a copy of the executive summary.

The bottom line according to this study is:

By the way, Happy Fourth of July 2012. I decided writing about this subject today because it feels especially appropriate.

I’ve always looked at what the Founding Fathers did in Philadelphia in 1776 as an exercise in organizational development and leadership, and I’m convinced that non-profits can find lots of answers to their challenges just by studying history.

I can mentally picture George Washington, Thomas Jefferson and Ben Franklin sitting around after a tough day at Independence Hall working through issues dealing with how to sustain the country in the long-term.

If I were to guess, the idea of having both a federal government and 13 independent sovereign states bound together into one governance system had a lot to do with checks and balances and not trusting big government. However, I also suspect there was some thought given to how separate governance models at the state level would create a training ground and leadership engine for the executive, legislative and judicial branches of the federal government.

Even if this thought never crossed their minds, it still turns out to be genius!

As you go about celebrating Independence Day 2012, I encourage you to chew on the following questions:

Here’s to your health! And have a happy and safe Fourth of July!