I really try not to talk about politics on this blog platform because: 1) it is about non-profits, fundraising, and donors and 2) readers come from a variety of political persuasions and I don’t want to offend anyone. However, sometimes I see trends that I feel are important to share because there is a teachable moment or lesson to learn. Today, I’m going to dissect the 2012 Presidential election with regards to fundraising and donors. I think there are many interesting things happening that should give the average non-profit professional an opportunity for reflection and thought.

During the Republican primary season, it was well reported by most media outlets that the Gingrich campaign was able to sustain itself for longer than anticipated because of one very large donor — Sheldon Adelson. Fredreka Schouten illustrated this point in USA Today’s blog “On Politics” when Mr. Adelson and his wife each donated $5 million in January 2012.

A good friend of mine who works with Boys & Girls Clubs says that every non-profit organization needs a major gifts strategy even if they’re a small organization and it is just for one donor. Gingrich’s campaign certainly places an exclamation point on this piece of advice.

If your organization doesn’t have a major gifts strategy, I think Gail Perry at Fired Up Fundraising does a nice job talking about this issue as well as the trends she sees associated with major gift fundraising in 2012.

Donors are powerful and getting more influential every day

Recently, a Romney spokesperson said something that angered conservatives. I won’t go into the details because they aren’t relevant to my point; however, click on this YouTube video of MSNBC re-broadcasting Ann Coulter’s comments from Fox News and watch the first 20 seconds or so of the clip:

Did you catch that?

Ann didn’t ask people to call the Romney campaign to express their outrage. She didn’t suggest conservatives flex their muscles in the voting booth. Nope . . . she specifically asked that donors flex their muscles and “not give another dime unless . . .”

I’m not suggesting that non-profit agencies don’t understand how influential donors are; however, I do see a trend where donors are becoming more vocal when they see things that upset them.

For example, last year I blogged about a local donor in Elgin, Illinois who became very upset when his charity of choice started running deficits. He resigned from their board of directors. He pulled his financial support. He went to the newspaper, made a lot of noise, and suggested that other donors make noise and demand more accountability and change.

Is your non-profit prepared for a donor revolt?

Team Obama certainly shouldn’t be crying poor because they have raised a lot of money; however, the following quotation caught my attention in an article by Julie Pace at boston.com:

In an email to supporters after the July numbers were announced, the Obama campaign said, ‘‘If we don’t step it up, we’re in trouble.’’

I’ve talked to a number of donors who wrote checks to the Obama campaign in 2008 and asked them to explain the perceived enthusiasm gap by some donors. I think it is fair to sum it up like this . . .

According to many studies on the topic of donor loyalty, it is common for many donors not to renew their support. I’ve read studies that suggest the average turnover rate is in the neighborhood of 50 percent.

If this is the case for your agency, then I suggest you look at your program outcomes data and how you’re communicating that to your donors. You might also want to talk to those lapsed donors and ask them about their expectations after making their first contribution and what happened in the months leading up to the unsuccessful renewal solicitation.

You can bet that Team Obama has done this, which might be why we saw overt outreach efforts throughout the summer to specific special interest groups including women’s groups, Latino groups and LGBT groups. 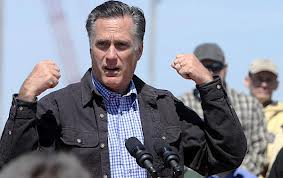 Traditional political action committees (PAC) and the new Super PACs are playing a huge role in this year’s election. Paul Blumenthal wrote about it last week in his Huffington Post column.

I look at this trend and wonder why some individual donors aren’t  just giving their money directly to the campaigns. Why give it to a “middle man”?

While I am sure there is a number of reasons to explain this trend, I wonder if one of those reasons is that bundling money together allows donors to speak with a louder voice and bigger stick.

Non-profit professionals should pay attention to this phenomenon because it might explain the increasing popularity of “giving circles“. It might also become what re-energizes donor enthusiasm for supporting their local United Way.

Are you paying attention to the 2012 election cycle from a fundraising perspective? If so, what are you seeing that might be relevant for non-profit and fundraising professionals? Do you sometimes take a step back and look at what’s happening around you and your agency? What do you see? Please use the comment box below and share those observations with your fellow non-profit professionals.