Welcome to O.D. Fridays at DonorDreams blog. Every Friday for the foreseeable future we will be looking more closely at a recent post from John Greco’s blog called “johnponders ~ about life at work, mostly” and applying his organizational development messages to the non-profit community.

Today we’re focusing on a post that John titled “Dr. Pepper’s Shadow“. In this post, he uses the example of how a CEO’s off-handed cafeteria comment resulted in an inadvertent major change in what was being offered in the beverage cooler.  As John masterfully explains, leaders need to be mindful that they are leaders who are always under the microscope just like the E.F. Hutton television commercials from the 1970s. (By the way, if you’re too young to understand the E.F. Hutton reference, click here for a YouTube reminder)

This happens ALL THE TIME in the non-profit sector. In fact, it is considered by some to be a best practice.

For example, when a donor off-handedly mentions that they value “education” because they were the first member of their family to go to college, many non-profit people are trained to recognize that as GOLD!!! The comment might get captured on a contact report and entered into the donor database. The mail solicitations start echoing messages about effective educational programming. The stewardship discussions with this donor start  revolving around the agency’s educational programming. The major gifts proposals focus on supporting educational programs to support the organization’s mission.

Non-profit fundraising professionals are trained to be like the people who appear in the background of that E. F. Hutton television commercial. Of course, there are consequences to this behavior as John points out in his Dr. Pepper’s Shadow blog post. 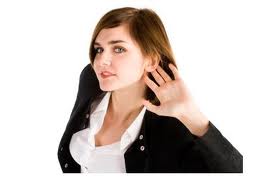 After all, isn’t it possible that in the fictitious example I just provided that the donor might “value” education but has fallen in love with your agency for a completely different reason? If so, then overreacting to the revelation that the donor values education might produce a chilling effect on the philanthropic relationship.

The solution is simple. Stop overreacting to isolated data points. Continue capturing whatever you can using contact reports. Continue collecting this interest-based information in your donor database. However, double down on stewardship activities and use this kind of data to drill deeper and develop stronger relationships with your donors.

For example, I can envision an in-person stewardship visit over a cup of coffee where the fundraising volunteer says to the donor, “I’ve heard you say that you cherish educational institutions and the idea of life-long learning, what do you think about some of the educational programs our organization offers clients?”

I can also see a fundraising volunteer in a pre-proposal cultivation meeting saying, “We would like to prepare a major gifts proposal for your consideration. I’ve heard you talk about your passion for education. Would you prefer we focus the proposal on educational programming opportunities or is there something else you’d be interested in hearing more about?”

I think John’s Dr. Pepper phenomenon is a real thing especially in non-profit fundraising circles. What are your thoughts? 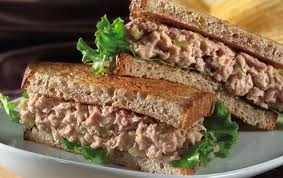 In fact, I’ve also seen Dr. Pepper’s Shadow appear in the board room with something as simple as lunch. All it takes is one board member off-handedly saying that they wished there was a tuna sandwich option, and staff scurry around before the next board meeting dealing with menu changes. The consequence might seem inconsequential, but there literally can be a few hours wasted engaging people in tuna conversation. Don’t believe me? I’ve seen it happen!

Have you seen John Greco’s Dr. Pepper phenomenon in action at your agency or someplace else? What were the consequences of it? What do you do to guard against overreacting to comments from donors and board members that were only meant to be off-handed? Please scroll down and share your thoughts in the comment box.