On Monday, Marissa Garza used her “Mondays with Marissa” column on DonorDreams to post an article titled “How Can SOPA/PIPA Affect Non-Profits?” to educate all of us about the impact these two pieces of legislation could have on our agencies.

Regardless of whether or not you believe this is a big deal for the non-profit sector, I can’t help but come to the conclusion that censorship in any form that is directed at anyone is an assault on all of us.  Jeremy Bentham said it best:

As many of you know, countless internet sites are participating in a day long blackout on Wednesday, January 18, 2012 to protest this legislation and educate the public about the dangers of passing it. DonorDreams blog will be one of those sites who participates. So, you will not be receiving an email delivering any DonorDreams content in the morning.
Regardless of whether or not you support this legislation, please take a moment out of your day to learn more about it by visiting americancensorship.org. If you don’t believe that you’ll get unbiased information from this site, then please Google the search words “SOPA” and “PIPA” and sift through a number of different links.
Here’s to your health! 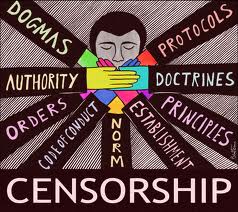 Call it what you will, but the Internet as you know it might change drastically after Tuesday, January 24, 2012. On this date, the Protect IP Act (PIPA) goes up for vote in the Senate. If it passes, censorship will have a permanent home on the Internet. PIPA is the Senate bill of the more publicized SOPA bill that was in the House, both have to do with censoring the Internet.

What are PIPA and SOPA? What does this have to do with the non-profit world?

The main idea behind both PIPA and SOPA is to stop online piracy and ensure that content creators get benefits (mainly monetary) for their work. While this sounds pretty fair, it’s the enforcement of the bill that upon further inspection has people concerned. A recent TechCrunch article does a nice job explaining the issue:

“The big problem with SOPA is in the way it is supposed to be enforced, namely by blocking domain-name system (DNS) servers of copyright-infringing websites. But DNS servers are a basic technical component of the Internet (they translate site names like techcrunch.com into numerical IP addresses computers can understand better). Once you start messing with DNS, all sorts of unintended problems arise.

Blocking DNS without a full adversarial hearing in a courtroom raises the potential for censoring speech and other lawful activities. It is also the same method China uses to block “offending” content from China’s Internet.”

“The PROTECT IP Act goes even further than forcing these intermediaries to take action after a court order; it actively encourages them to take unilateral action without any sort of court order at all.”

So what does this have to do with the non-profit world?

Since there is currently no definition of what an “intellectual property right infringement” might be, your site could get cited under SOPA or PIPA because of links you’ve included in your online newsletter or stories on your website. If your agency gets cited, donors and supporters who might be trying to find you online via Google or other search engines wouldn’t be able to see you in their search results.

Correct me if I’m wrong, but wouldn’t this have a tremendous impact on what you’re trying to accomplish with your online presence?

This post on nonprofitmarketing360.com provides more clarity on why ALL non-profits should care:

“Ostensibly, nonprofits do not present anything that would seem to threaten these conglomerates, but, under SOPA’s current terms, nonprofits will not get a day in public court if they are deemed of trafficking in any such material. Even if they did, what nonprofit has a cabal of lawyers and lobbyists to counter the plaintiff’s accusations?”

Moreover, the effect of PIPA and SOPA goes beyond just impacting search results. It can wreak havoc with your ePhilanthropy efforts. Check out this quote from an article by Computer World:

“Basically, Sec. 103 will give the owner of any intellectual property the right to pursue private action against websites that they deem are infringing their rights. Under SOPA, IP rights holders will be able to ask payment providers such as MasterCard and PayPal to shut off services to allegedly infringing sites. They would also be able to ask Internet advertising networks to stop providing ads to the websites.”

So not only would the passage of these two bills affect your visibility on the internet, but donations taken via your website could be shut down as well if you are found to be in copyright infringement. Here’s a helpful infographic for more information.

In a nutshell, both PIPA and SOPA would cut off a resource many of us use everyday to communicate, research, and learn.

Can you imagine doing research for a grant and not having access to the information you need? Or what if your Twitter account gets taken down because you linked to a YouTube video? The landscape of the Internet will never look the same if these bills pass.

In response to a signed petition, the White House has recently come out against many of the main tenants of PIPA and SOPA, but this doesn’t mean the need for you to take action has passed.

This Wednesday, January 18, 2012 there will be a hearing on SOPA in the House of Representatives. In response, many popular sites such as Google, Reddit, Twitter, Facebook, Yahoo, Amazon, AOL, LinkedIn, PayPal, and WordPress will be participating in a blackout to draw attention to the issue of Internet censorship.

If you want to get involved in the process, you can contact your Congressperson at opencongress.org.

The media has neglected to cover PIPA/SOPA effectively. I hope that this post shines some light on how the issue of censoring the Internet could impact your everyday Internet life and the life of your non-profit organization. These two bills are just the start of trying to define the relationship between the government and the Internet. Even if they do not pass, there will be others that try. I’d love to hear your thoughts on the subject in the comments below.