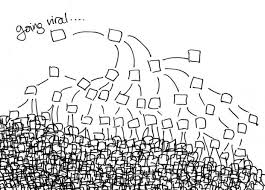 Jeff Foxworthy has made a career out of answering a simple question: “You know you’re a redneck when . . .”  This morning I thought I’d do something similar with: “You know you’re fundraising campaign has gone viral when . . .” by describing how last week unfolded for me as it relates to the ALS #IceBucketChallenge.
Monday, August 18th
I am getting ready for bed and the local news is on my television. Before cutting away to commercial, the news anchor teases an upcoming segment. The video footage shows someone dumping a bucket of cold water over their head.
I turn the TV off and think to myself “What kind of stupid person dumps ice water on themselves, and how in the heck is that newsworthy?”
Tuesday, August 19th
I’m in Rockford, Illinois having lunch with a non-profit executive director. Towards the end of the meal, he starts to lament about how he wishes his national office had the foresight to innovate something as creative as the “Ice Bucket Challenge.”
I must have looked stupefied because his next question to me was: “You’ve heard about this fundraising campaign, right?”
When I told him that I had no idea what he was talking about, he proceeded to fill me in on the details.
Wednesday, August 20th 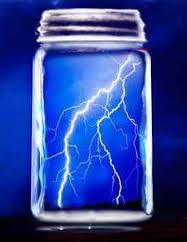 Fellow blogger and fundraising genius — Jeff Brooks — publishes a blog post titled “What a weasel is going to tell you about the Ice Bucket Challenge“.
I forward it along to the executive director in Rockford with whom I just had lunch along with a few other fundraising friends with an “Amen” and” Hallelujah” because Jeff does a nice job of hitting the nail on the head when he says:

“The problem is the Lightning Factor. ‘Lightning’ has to strike for a campaign to go viral. And nobody has control over the lightning.”

On a side note, I’m beginning to see my Facebook feed fill with friends who are all dumping buckets of ice over their heads, making a charitable contribution to ALS, and challenging others to do the same.
I also saw on Google+ that my friend, Marissa Garza, had written a blog post titled “Haters Gonna Hate: Ice Bucket Challenge Edition.”
This is then first time I remember thinking “Uh-Oh . . . I wonder if someone is going to challenge me since fundraising and non-profit consulting is my line of work?”
Thursday, August 21st

The day is winding down. The television is on, we’re into what will likely be the last show of the evening before going to bed, and my phone starts to blow-up. Needless to say, one of my former Boys & Girls Club of Elgin board presidents and good friend, Tim Williams, just completed the ALS #IceBucketChallenge, and I was one of three people he challenged.
My first reaction was: “I should’ve seen this coming sooner.”
My second reaction was: “Yippee! I get to do something fun for charity and gain my 15 minutes of online fame by joining my friends in doing something crazy and for a good cause.”
My third reaction was: “What if I do this thing wrong? I don’t want the world to laugh at me. I better do some research. What will I say? Who will I challenge? How much should I donate?”
I immediately go to Google+, dig up Marissa Garza’s blog post on “Haters Gonna Hate: Ice Bucket Challenge Edition,” and start my research.
Friday, August 22nd
I get it all figured out, and I take the challenge on my deck in the backyard. I dedicate my challenge to one of my very best friends — Jim Chambers — whose father lost his battle with ALS a number of years ago. I immediately come inside to my computer and donate $100  to ALS using their online donation page.
I bask for hours in the warm glow of philanthropy because the entire exercise from dumping ice water on my head to making the contribution felt really awesome and fulfilling.
Click here to check out my ALS #IceBucketChallenge video:
https://www.youtube.com/watch?v=yZZTsR23VlU&feature=em-upload_owner#action=share
Later that evening, we attended a Kane County Cougars game with a friend and his children. His 10-year-old son, Mitch, was buzzing with excitement about getting called out by a friend to do the ALS #IceBucketChallenge.
I made the mistake of assuming that Mitch was just being a 10-year-old and getting all excited about the act of dumping ice water on himself and mugging for the camera. I quickly learned how wrong I really was, when I asked Mitch if he planned on making a small donation from his piggy bank to the ALS Foundation. The following response warmed my heart:

It was at that moment I realized the complexity of ALS #IceBucketChallenge. All of the following things seem to be going on simply as a result of a bucket of ice:

My takeaways
I find myself marveling at how I experienced something so viral. I literally went from knowing nothing about this online fundraising campaign early last week to participating in it at the end of the week. If I had to describe what I felt, I would simply use the words “tidal wave” to describe the experience.
To Marissa Garza’s point, I am not a hater. I am intrigued by what is happening, and I am excited to see so many people get into philanthropy (especially when it comes to teaching kids about the power of philanthropy).
However, I totally agree with Jeff Brooks when talks about how non-profits are better served in focusing on fundraising basics rather than trying to catch lightning in a bottle by trying to duplicate the ALS #IceBucketChallenge.
What is your agency doing when it comes to resource development in the wake of this online campaign? Are you trying replicate it? Are you ignoring it and focusing on other fundraising basics and best practices? Or are you trying to find the next wave to ride? Please scroll down and share your thoughts in the comment box below because we can all learn from each other.
Here’s to your health!
Erik Anderson
Founder & President, The Healthy Non-Profit LLC
www.thehealthynonprofit.com
erik@thehealthynonprofit.com
http://twitter.com/#!/eanderson847
http://www.facebook.com/eanderson847
http://www.linkedin.com/in/erikanderson847