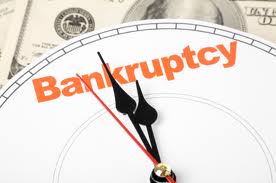 Welcome to O.D. Fridays at DonorDreams blog. Every Friday for the foreseeable future we will be looking more closely at a recent post from John Greco’s blog called “johnponders ~ about life at work, mostly” and applying his organizational development messages to the non-profit community.

In a recent post, John appealed to his creative muse to write about a 14th century French philosopher named Buridan by writing a story about Buridan’s ass (if you want to know, then you need to go read the post). In a nutshell, this philosopher believed “in the face of equally good alternatives, he believed a rational choice could not be made“.

This got my nonprofit wheels spinning, and I wondered if the opposite is also true. In other words, in the face of equally BAD alternatives is it impossible to make a rational choice.

I don’t know about you, but since the economic downturn began almost five years ago I’ve seen a lot of non-profits prove this point.

Ugh! Which equally bad option should we choose? Of course, board volunteers drag their feet and don’t make a decision because who wants to be known in the community for slashing services or downsizing a “do-gooder” non-profit organization?

Besides, the board members sitting around the table weren’t recruited for their fundraising skills because when they were recruited the government funding situation was good and there was no need to focus recruitment efforts on finding “lean-mean-fundraising-machines”. So, they are probably very reluctant fundraising solicitors and very resistant to this idea.

Staff members aren’t much better as they reach for their rosary and convince themselves that “hope” is a strategy.

Do you think that I am talking about your agency or some other organization in your town? Let me assure you that the agency I have in mind is none other than Jane Addams Hull House. The Chronicle of Philanthropy wrote a great story about this tragedy back in February, and I think they help me prove that the opposite of Buridan’s philosophy is also true.

The scary thing about this example is that I can name a number of other non-profits who appear to be going down this same road.

Regardless, if you wait too long to make a decision, then everything caves in and you’re out of business.

Interestingly, I came across an old New York Times article that examined the emerging trend of non-profit organizations using bankruptcy laws to shield themselves from this phenomenon. The newspaper did a nice job of explaining an agency’s two options:

“Under Chapter 11 of the federal bankruptcy code, charities can get relief from creditors, obtain emergency financing, renegotiate leases and draw up a reorganization plan to let them emerge as financially viable.  Some charities, however, have resorted to Chapter 7 of the code, under which organizations liquidate. The American Musical Theater of San Jose, Calif., for instance, took that route.”

My gut feeling tells me this will become a bigger and bigger trend as more and more non-profit boards experience difficulty in making a choice between two very bad decisions (whatever those decisions may be). Hopefully, they don’t end up like Buridan’s ass in John’s blog post . . . DEAD.

Has your non-profit organization ever been faced with the choice of two bad decisions? How did you work through it and avoid indecision? Have you ever seen a non-profit organization in your community file for bankruptcy? If so, how did that turn out for them? Did they survive? How did they restore donor confidence? Please use the comment box below to share your thoughts.